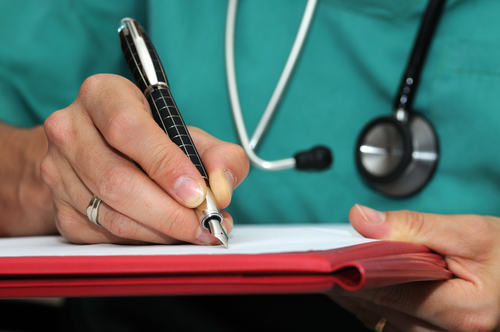 Among people with fibromyalgia, women may be prone to having more tender points on their bodies than men, a study exploring sex differences suggests.

In contrast, no other significant sex differences were found in terms of fibromyalgia symptom severity.

The study, “Sex-Related Differences in Symptoms and Psychosocial Outcomes in Patients With Fibromyalgia: A Prospective Questionnaire Study,” was conducted by a team from the Mayo Clinic. It was published in the journal Mayo Clinic Proceedings: Innovations, Quality & Outcomes.

Fibromyalgia is more common in women than in men; more than four out of every five people with the pain disorder are female. However, whether there are sex-based differences regarding symptoms and clinical outcomes among fibromyalgia patients is still unclear. Notably, prior studies have reported contradictory results.

“Given the degree of variability in previous study findings, the objective of our prospective questionnaire study was to explore the association between sex and various clinical symptoms and psychosocial outcomes in the FM [fibromyalgia] patient population,” the researchers wrote.

Responses were collected from 668 patients who were referred to the Fibromyalgia and Chronic Fatigue Clinic at Mayo. Nearly 91% of the patients were women (606), and the mean age was 47.2 years.

The participants completed a variety of questionnaires related to fibromyalgia and its symptoms, to include the Revised Fibromyalgia Impact Questionnaire (FIQ-R), the Multidimensional Fatigue Inventory, and the Medical Outcomes Study Sleep Scale. Demographic and clinical data, obtained from electronic health records, also were assessed.

The results showed no significant sex-based differences in terms of demographic factors; in the overall group, about 90% of the patients were white, about three-quarters were married, and nearly three-quarters had completed more than 12 years of formal education.

“Our study demonstrated that female sex may be a risk factor for greater TPC [tender point count] than male sex,” the researchers wrote.

Among potential explanations for this difference, the team included prior evidence of a lower pain threshold in women, possible influences from hormones, and other factors such as different expectations.

“Future studies should investigate whether the association of female sex and greater TPC remains significant if using solely the 2010 American College of Rheumatology Fibromyalgia Diagnostic Criteria for FM diagnosis,” the researchers wrote.

They added that research with larger sample sizes, particularly larger numbers of males, is needed.