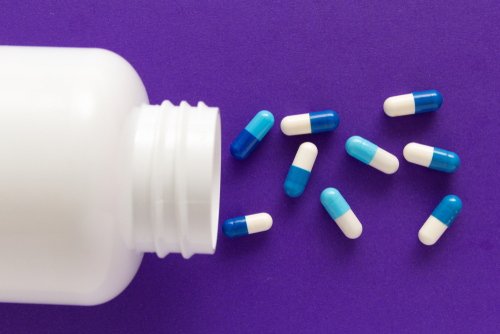 People with fibromyalgia in the U.K. are 1.8 times more likely to become long-term opioid users to treat pain than the general population, according to an analysis of nearly two million people.

Overall, opioid prescriptions rose in the U.K., with 14.6% of new opioid users becoming long-term users. Researchers urged clinicians to be careful when considering high-dose opioids and to monitor patients at increased risk for long-term use.

The study, “Time trends and prescribing patterns of opioid drugs in U.K. primary care patients with non-cancer pain: A retrospective cohort study,” was published in the journal PLOS Medicine.

Opioids are a broad class of pain-relieving medications that work by blocking signals between the brain and the body. They are regularly prescribed to people with chronic pain conditions such as fibromyalgia.

However, opioids are also associated with serious adverse outcomes, and their use can lead to dependence and accidental overdose.

While studies in the U.S., Canada, and several European countries have reported sharp increases in prescription opioid use for non-cancer pain, studies detailing opioid trends in the U.K. are lacking.

As such, researchers at The University of Manchester in the U.K. analyzed the health records of 1,968,742 new opioid users who did not have cancer to understand prescribing trends from 2006 to 2017, changes in opioid dosages in the first two years of use, and risk factors as well as regional or prescriber variations for long-term use.

“No studies to our knowledge have evaluated how opioid dose/potency changes over time in U.K. patients started [on opioids] for the first time for non-cancer pain,” the scientists wrote.

Classes of opioids were divided into weak opioids, including codeine and Meptid (meptazinol), moderate opioids such as tramadol and tapentadol, and strong opioids such as morphine, oxycodone, and fentanyl.

Patients ages 85 and older represented a higher proportion of those started on strong opioids (31.5%) than on weak (4.1%) or moderate opioids (3.3%). More patients with co-existing conditions and who had previously received psychotropic medications used more potent opioids.

The most commonly prescribed opioids were codeine, dihydrocodeine, and tramadol. Over the 12-year study period, codeine use increased fivefold, from 484 to 2,456 prescriptions per 10,000 individuals per year. Dihydrocodeine, tramadol, and fentanyl prescriptions increased in the first six years (2006 to 2012) and stabilized thereafter.

Oxycodone prescribing rose approximately 30-fold, from five to 169 prescriptions, while morphine use increased from 18 to 422 prescriptions per 10,000 individuals per year.

Opioid doses over two years in new users were reported as morphine milligram equivalents (MME), which is an opioid dosage equivalency to morphine. Most patients were started on low opioid doses of less than 50 MME per day, of whom 1,706,574 (88.6%) had stopped entirely by two years.

Overall, 14.6% of patients became long-term users in the first year after starting on opioids. Factors associated with a greater likelihood of long-term use included initial dose, older age, social deprivation, suicide attempts or self-harm, excess alcohol, major surgery, and use of sedatives and psychotropic agents.

“Given the potential harms of these drugs, we think it is imperative to promote safe practices in prescribing opioids and reduce the variability we observed between … regions, practices, and prescribers,” Meghna Jani, PhD, the study’s lead author, said in a press release.

“One way to do this would be to harmonize prescribing practices across regions through future well-researched policies. The other would be developing targeted interventions in high-risk groups including areas of social deprivation and for those undergoing major surgery,” she added.

The strongest association was found in those 75 years of age and older, who were 4.6 times more likely to become long-term opioid users than people younger than 35.

As for geographical variation, three U.K. regions — namely North West, Yorkshire and the Humber, and South West — had significantly greater proportions of long-term opioid users than the population average.

“In conclusion, overall opioid prescribing has increased over 12 years, with wide variation across the U.K.,” the investigators wrote. “Clinicians should take care in prescribing high dose opioids at initiation and closely monitor those with the above individual factors for long-term use.”